Good morning.  My name is Sarah Plummer. I am a former Marine Corps Captain who served two deployments to Iraq as an Intelligence Officer, I played for 5 years in a row on the Military Olympic Soccer Team, and my last Active Duty assignment was as the Deputy Director of the Geospatial Intelligence Directorate of the Marine Corps Intelligence Activity.

I grew up in an Air Force family.  To say that I loved the military is an understatement. And when I was raped, and then faced sexual harassment and retaliation in the Marine Corps, my parents told me I couldn’t change the military.  Today is my mother’s birthday, and part of my present to her is being here today and doing my best to speak with courage.  I know she and my father are proud of me because today – WE – can change the military —for the BETTER!

Commanders are incentivized to protect the honor of their name and the reputation of their command; not to report the truth.

Commanders are biased and partial to the troops they know intimately.  When you are raped by a fellow service member, it is like being raped by your brother and having your father or mother decide the case.  It just doesn’t make sense.

We cannot reasonably expect commanders to impartially and judicially respond to these types of criminal cases.  The argument that taking sexual assault and rape cases out of the chain of command would threaten good order and discipline actually works in quite the contrary way – keeping these cases in the chain of command distracts commanders from their main mission and duty: to win wars, train and educate their troops, and stay current with the demands of the department of defense.

When commanders, who are not lawyers, and who know one of (or sometimes) both the victim and/or the accused attacker, are asked to be the determine if cases are even brought to trial and then to ultimately make the final decision on the direction of those trials, they lose focus; biased alliances are drawn; and good order and discipline absolutely suffers.

Ostracizing and disenfranchising survivors turns them from contributing soldiers into potential victims – of a broken system.

Leaving these cases within the chain of command exacerbates the process of repeat victimization, subsequently damaging the self esteem, success, and career tracks of young, bright, capable Soldiers, Sailors, Coast Guardsmen, Airmen, and Marines.

Now… please do not look at me as a victim. I am not a victim.  All survivors who speak out are not victims because we are empowered through advocacy to make real change in a flawed system.

I graduated in the top 10% of my class at a distinguished university as well as my Officer Candidate School training class.  I flew in Civil Air Patrol during college, and before I began The Basic School in Quantico VA, I completed Introductory Flight Screening, effectively completing flight training nearly equivalent to a private pilot’s license.  After the Basic School, I reported to Pensacola FL to continue my aviation career.

Yet, I was immediately told I was medically disqualified from doing so because I had sought counseling after having been raped a year before.  I was a top performer, a strong athlete, a competent Marine, I had had no disciplinary problems, was taking no medication, was not suicidal or homicidal, yet I was deemed medically unfit to fly because I had utilized resources made available to me in a “modern Marine Corps.”

My chosen career path was cut short.  Although I served a total of almost 7 years Active Duty in the Marines, had I been a pilot, I likely would have made it a 20 year career.  I would have been an asset to the Marines for at least two decades.  Instead, because the rape concretely altered my career trajectory then followed me in one form or another throughout my career, sometimes eliciting extreme harassment that was worse than the initial incident itself, I ultimately decided to move forward professionally outside of the military.

I am not a victim.  I have forgiven and found peace.  Because of what I learned both good and bad in the Marines, I do what I do now: I train and I teach others how to be leaders and how to be healthy despite trauma or stress; I empower them with tools to authentically and courageously go from good to great no matter what might be holding them back or render them “stuck.”

The Military Justice Improvement Act must be passed; it will take the military judicial system from good to great because it disempowers the current culture of harassment that encourages predators to act without consequence, promotes ostracizing victims, and enables a systematic support of favoritism, isolation, intimidation, and retaliation and supports cover up under the auspices of “maintaining good order and discipline.”

This does not sound like an institution based on “honor, courage, and commitment” to me.  It is impossible for commanders to act as impartial, unbiased, legal professionals. And I believe it is a disservice that they are currently positioned under this expectation.  MJIA, however, would set up both commanders and victims for success before, during, and after these violent crimes.

A true cultural change must happen now.  We all deserve better and the MJIA will provide that improvement.

* This speech took place on 19 November in the Dirksen Senate Office Building.
** MJIA UPDATE on 22Nov: After haggling all week on procedural issues, the Senate is leaving for Thanksgiving recess today without making any more progress on passing the defense bill. There has been no vote on the Military Justice Improvement Act yet and Service Women’s Action Network has been urging the Senate to take it up as soon as they return to work on December 9th. SWAN has said that everyone’s calls, emails, letters and tweets have been very effective and we have 53 senators who support the bill. We are now within a handful of votes to see passage of this critical reform. Undecided senators will be back in their home states for Thanksgiving, so call their state offices and continue to urge them to pass the Military Justice Improvement Act.
*** The metaphor I use to describe rape between family members as akin to what we experience in our military family is strictly that, a metaphor. I have never been sexually assaulted or raped by any of my family members. 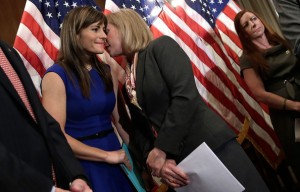 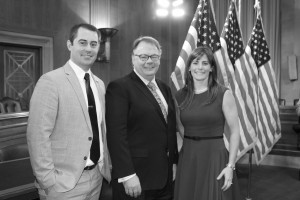 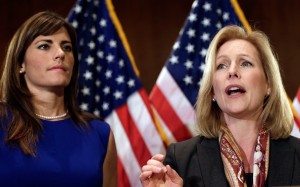 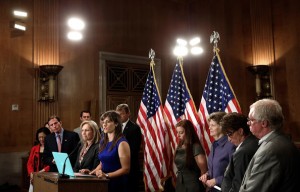 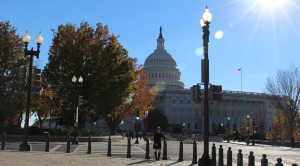