I boarded the university bus – light blue shirt tucked into navy blue pants, shiny black shoes, hair pulled into a bun, garrison cap, backpack in left hand.  It was Tuesday, ROTC day, and I was focused on a speech I was giving that morning in my military leadership class.

I was deep in thought, reciting my speech over and over in my head, when the conversation next to me broke my concentration.  “They’re not sure what happened, but apparently someone accidentally flew into one of the Twin Towers!”

I hadn’t watched TV that morning, so I didn’t know what they were talking about, but the words stuck with me as I got off the bus and hurried to class.  Within minutes of entering class, I knew everything.  We were ordered to leave class, go home, and change out of our uniforms.  I tried to call my Dad (recently stationed at the Pentagon) and my brother (recently a resident of NYC) but the lines were jammed.

I didn’t bother waiting for the bus; I power-walked, still in uniform,  the two miles back to my apartment, and stayed glued to the TV for the rest of the day as the events of what would later be dubbed “9/11” continued to unfold.  Sitting beside me, equally entranced, terrified, enraged, were my two roommates, also soon-to-be-military-officers.  As ROTC cadets, we were hit squarely by the military implication of what had just happened, but not a person on the UVA campus was untouched by the tragedy.  UVA canceled classes for the rest of the day – for the first time in over a hundred years.

On that day, I was two weeks into my own battle to switch from Air Force to Marine Corps ROTC.  What happened on the 11th solidified my resolve to make the transition.  The military was for real now.  It was no longer just about free college and a guaranteed job.  The War on Terror had begun and I knew, without a doubt, I wanted to fight it as a Marine.

By spring of 2002, the transfer was finally complete and I was ready for Marine Corps Officer Candidate School.  My class was filled with 9/11-motivated volunteers: former Wall Street brokers, CEO’s, doctors, lawyers, stay at home moms – if ever there was a group genuinely motivated to defend their country, this was it.

From that summer forward, my closest friends, my coworkers, my comrades, my generation, were people whose lives had been forged by the flames of 9/11.

As a friend wrote to me in Iraq in 2005, “No matter what paths our lives take, I think we can be proud of the first four years here, of the hurdles we jumped to get here. I know I am better for it, and I think we are all irrevocably changed for the better because we joined at this particular juncture.”

*Note about article: Originally written in 2011. Although my personal and political opinions have changed since 2001, since 2005, and even more so in the last handful of years, I still find honor in the service my friends and I provided for our country. 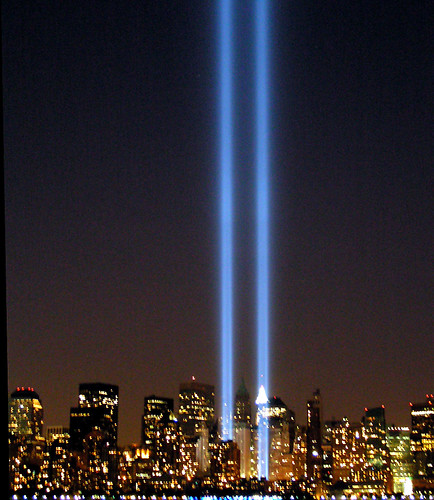