We covered a lot in a short amount of time!  So, just to be clear — I am not blaming President Obama for the crisis in our military judicial system.  I sincerely think it’s great that he acknowledges that rapes and sexual assaults undermine our military and our nation…I simply take issue with the fact that it’s still being approached purely in terms of safety, and less about what happens – what will REALLY, no $hit actually happen – to someone if they rape another human being.    DoD reports show that there are more than 26,000 incidents a year, yet only about 1,500 reported.  Why?  Because service member victims fear retaliation and know that perpetrators are very infrequently held accountable.

Anyway, there is a lot to say about this, of course, but for now, hope you enjoy this latest interview.  I do my best to smile and BREATHE, but I am always incredibly nervous for these live interviews and I never know exactly what they’re going to ask me.  So thank you for being understanding of my humanness and my many imperfections.  I hope that as more and more survivors speak out, and as more and more Senators support the Military Justice Improvement Act, that we can affect real, positive change in regards to the military judicial system’s handling of felony level cases.

Visit NBCNews.com for breaking news, world news, and news about the economy 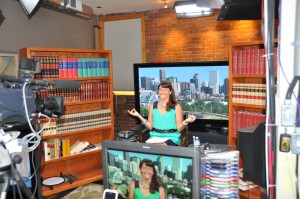 (Me employing yogic mudras, silent mantras, and breathing to try to relax myself 🙂  It’s why I do what I do!)

TRANSCRIPT: This content comes from Closed Captioning that was broadcast along with this program.

>>> just a short time ago the president wrapped up his remarks at the disabled veterans conference in orlando, florida. earlier he spoke to marines where he vowed to take strides to end sexual assault in the military.

>> joining me now is sarah plumber, a marine corps veteran and sexual assault survivor. i’m glad to speak with you. i know you heard the president speaking to your fellow marines. do you think he’s done enough to combat this problem, and if not, what more can he do?

>> thank you for having me on this morning. i appreciate it. it’s interesting to hear president obama ‘s comments that basically still reflect the same rhetoric we hear over and over again. it’s either put in terms of training or safety and less about criminals being held accountable. i just even in the languageing of his speech and posters the message is levelled at this paternalistic bistander level and less about are we holding criminals responsible and ending their careers.

>> taking sexual assault investigations out of the chain of command is what’s key in your mind to involving this. senators rand paul and ted cruz are making in a bipartisan effort. what to you think the chances are of this happening?

>> that’s an interesting analogy. that poster was found in a woman’s restroom. it said preventing sexual assault is everyone’s duty. then it lists ways for women to protect themselves that includes pay attention to your surroundings. avoid areas that are secluded. don’t leave your drink unattended and socialize with people who share your values.

>> does this put it on the victim an not the perpetrators?

>> absolutely. it’s a step in the right direction. i think that’s good advice for anyone anywhere.

>> be aware of your surroundings surroundings. the last one i found hilarious. to socialize with people who share your values. you mean like other people in the military who is have taken the same oath for honor, courage and commitment that i have. find that really funny given the it’s in a bathroom on a military base so you know the audience are military personnel. i find that interesting.

>> i want to also get your reaction to other stories in the news. it’s from san diego and that’s a big military town. talking about the mayor bob filner is out of rehab today. among those were eight female veterans in sexual assault survivors at a woman’s empowerment event. what do you think about these alle allegations?

>> i’m shocked yet not surprised. i have seen that on the news. one of the women who have spoken out about it is a friend of mine. it goes to show where some people just still aren’t taking it seriously. even especially in an environment where these women, these military women , these veterans who served their country have had the courage to speak out about the assaults and the rapes they experienced and attend a conference specifically for healing this type of trauma and for a man, and if a woman had done it too, but for this man to behave this way and be humorous about it is representative of the culture aspect of this crime that’s still pervasive.

>> indeed it is. always glad to speak with you.